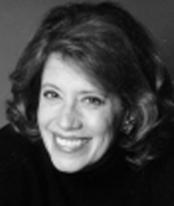 In 1976, Thea Flaum created a television show that redefined the way an entire generation learned about the movies. She put two Chicago film critics, Gene Siskel and Roger Ebert, in a movie theater balcony, and a new television format was born — along with two unlikely celebrities. A few years later, Thea was named Executive Producer for National (PBS) cultural programs for WTTW / Chicago. She created the first national parenting series, Look at Me, hosted by Phil Donahue. She was responsible for the Soundstage music series and for negotiating and producing productions with MTV and HBO.

In 1984, Thea formed an independent production company based in Chicago. The company focuses on family programming — creating developing and producing dramas, documentaries specials, series and pilots, for network, cable, syndication and public television. Current productions include:

Other recent productions include:

Thea’s work has earned her nine Emmy Awards, 10 international film awards, and the American Bar Association’s “Silver Gavel” award, the “Best in Media” award from the National Council for Children’s Rights, a Cine “Golden Eagle,” and a “Golden Apple.” In 1993, she was named Chicago’s “Best Producer” by Screen Magazine. In 1996, she received the Governor’s Award from the Chicago Academy of Television Arts and Sciences. In 2001, she received their Silver Circle Award for her “significant contributions to broadcasting.” She recently completed a term as Vice-President of the National Academy of Arts and Sciences.