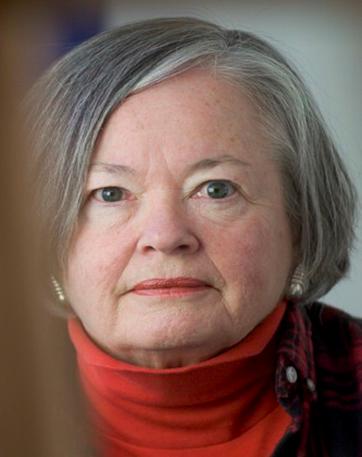 Suzie Isaacs is founder and president of Ampersand, Inc., which she started in 1995. Its purpose is to create, position and market innovative intellectual properties including books, memoirs and other works, offering a full range of editorial and marketing services for these projects. Before starting Ampersand, she was Chairman, President and CEO of Society for Visual Education, Inc. (SVE). She sold the company in 1994. SVE is an 89 year-old for-profit educational publisher expressly dedicated since its founding to use of new technologies in education, a rather astounding idea in 1919. Then, the medium was 35mm motion pictures. Today, SVE’s product line includes interactive video, microcomputer software, and customizable internet programs, all linked to school curricula. It is owned by Discovery Communications (The Discovery Channel).

Prior to SVE, Isaacs was Editor-in-Chief of a division of McGraw-Hill. She joined SVE as VP, Product Development when it was a wholly-owned subsidiary of The Singer Company. Soon thereafter she became President and the first woman to hold an operating position at Singer, one of the Fortune 200 at the time. When Singer decided to divest its education-related businesses, she and a group of private investors bought SVE in one of the first leveraged buyout deals in Chicago. Six years later she formed one of the earliest leveraged ESOPs to cash out the other investors who received a 43% compounded return. During her tenure with SVE, Isaacs also developed an educational toy catalog business and a line of multimedia business training programs for first-time managers. When microcomputers reached critical mass in schools, she sold these businesses, bringing the company’s focus back to multi-media educational publishing, product line acquisitions and development of international distribution channels. Isaacs has been recognized for innovation and entrepreneurial skill by, among others, The Arthur Anderson Small Business Awards, International Communications Industries Association and the YWCA of Metropolitan Chicago, which honored her as Entrepreneur of the Year.

She is Chair of The Weitzman Center, a non-profit organization devoted to educating professionals about the unique characteristics of upscale domestic violence. Isaacs has served as Trustee of Kendall College and The Hadley School for the Blind, Director of the YWCA of Metropolitan Chicago, and President of the Association of Media Producers. She is an elected member and former Director of The Chicago Network and the Committee of 200, both international groups of women qualified through achievements in business as well as the arts and other professions. Isaacs is a graduate of New York University and Loyola University of New Orleans, her hometown. After selling her company in 1994, she seriously turned to oil painting and studied at The School of the Art Institute of Chicago. In addition to running Ampersand, Inc., she shares a studio in Old Town with four other artists and has exhibited and sold her work since 2001.