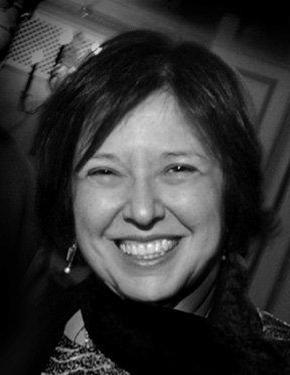 Sunny Fischer is the Executive Director of The Richard Driehaus Foundation, and she has consulted for many other foundations including The Joyce Foundation (where she developed a funding program to raise immunization rates in Chicago’s neighborhoods), The John D. and Catherine T. MacArthur Foundation, and the Chicago Community Trust. She has also worked with many non-profits directly, and in workshops or conferences, on fund-raising, board development, and program issues. From 1997 – 1999, she directed the City of Chicago/Cook County Welfare Reform Task Force. She has been full-time director of the Driehaus Foundation since 1999. The Driehaus Foundation makes grants primarily to organizations working to enhance the urban environment. The Foundation also supports the arts, and efforts to help residents become more economically and socially secure. She has served on NEA panels on design and on several architectural juries.

In the past, Sunny was a founding executive director of The Sophia Fund, one of the first private women’s foundations in the country, and was the co-founder of the Chicago Foundation for Women. She has worked on issues in domestic violence and sexual assault for more than 20 years, helping to found a shelter, a service for Jewish battered women, and co-authoring a study on ‘Police Response to Battered Women’s Complaints.’ She is past chair and continues to serve on the board the national Family Violence Prevention Fund and has served on the Leadership Committee of Rape Victims Advocates and the Advisory Committee of Chicago Project for Violence Prevention in Chicago. She has served on panels and as a speaker on issues of violence against women at many conferences, symposia, and meetings.

Other volunteer commitments include board membership on the National Family Violence Prevention Fund, vice chair of the Sargent Shriver National Center on Poverty Law’s board, the executive committee of the National Public Housing Museum, and most recently she is a governor’s appointee to chair the board of the Illinois Historic Preservation Agency. Numerous organizations have honored her for her work. Among them: the Association of Fundraising Professionals (Chicago Chapter) with Grantmaker of the Year award; Jewish Women International with the Perlman Humanitarian Award, and the National Committee for Responsive Philanthropy, which gave her its “Point of Light” award. In 2006, she was presented with the Illinois Center for Violence Prevention’s “Vision to Action” award and in 2008, BPI presented her with the “Champion of the Public Interest” award.

Born in New York City, Sunny was educated at Hunter College of the City University of New York. Her Master’s degree is from the University of Chicago’s School of Social Services Administration.