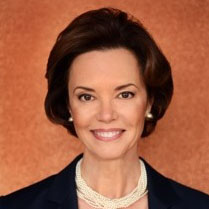 I have substantial regulatory and international experience after a decade with United Airlines as a senior officer. During that time period, we considered a merger, several acquisitions and multiple alliances. I directly reported to five Chairmen, any of whom would agree to act as a reference. In short, I have spent the vast majority of my career in a highly dynamic, competitive and regulated industry which deals with the global distribution of a perishable commodity — airline seats — under increasingly security driven circumstances. The experience would prove of interest to sectors such as the utilities, energy, insurance, financial services, any mode of transportation, travel or tourism industries, or products or services involving a global infrastructure.

Prior to a merger, I served as a Non-Executive Director of Aggregate Industries, plc a FTSE 146 UK company with roughly half of its diverse holdings based in the United States. In that role, I served on the remuneration, audit and governance committees. In 2005, I was elected to serve on the Board of one of the world’s largest electrical grids in the U.S. The Midwest ISO is the Nation’s first Regional Transmission organization (RTO) and now coordinates the movement of wholesale electricity in a large and complex footprint, with annual gross dollars settled at over $16 billion.

Given my background as a regulatory and business lawyer and years in senior leadership positions, I was selected to chair the newly formed Corporate Governance Committee my first year on the Board. Currently, I am serving in my second three-year term and chairing the Human Resources and Compensation Committee. In sum, my experience is diverse and includes board roles in a mid-size foreign company and a top-ranked non-profit healthcare institution, 10-year tenure as a Fortune 50 senior officer in a highly competitive regulated industry, and a senior legal/administrative career with 3 federal agencies. Over the course of 20+ years, I have worked with and have substantial contacts among high profile business and government leaders, in the U.S. and overseas.