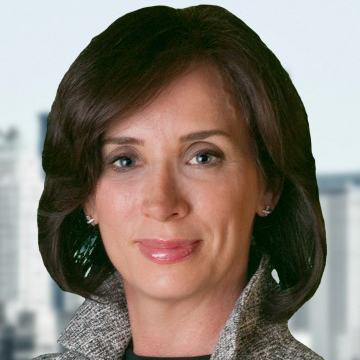 Sheila O’Grady is a member of Spencer Stuart’s Education, Nonprofit & Government Practice. She is also a member of the Consumer Goods & Services Practice, focusing on the hospitality and restaurant industries.

Sheila served for five years as president of the Illinois Restaurant Association, a nonprofit trade association representing the state’s largest private sector employer and focusing on issues impacting more than 400,000 employees. During her tenure, she served as trustee of the group’s education foundation and founded Chicago Gourmet, an annual food and wine festival showcasing Chicago’s fine dining establishments, which has become one of the best-attended food and wine events in the nation.

Previously, Sheila served as chief of staff to Mayor Richard M. Daley, where she assisted in administering the City of Chicago’s $5 billion annual budget and managed nearly 40,000 employees across 40 city departments. She was also appointed to serve on the interim board of the Metropolitan Pier and Exposition Authority, tasked with recommending reform legislation to bolster the convention and tourism industry in Illinois.

Sheila was an invited participant in the Aspen Institute’s Executive Leadership Program in 2011. She is president of the board of directors of SOS Children’s Villages of Illinois, a board member with the Ovarian Cancer Symptom Awareness Fund and a member of the Chicago Network. She serves on Mayor Rahm Emanuel’s Cultural Advisory Council, the Council of Economic Advisors for Cook County and the Joffrey Ballet.

Sheila was named one of ‘Chicago’s 100 Most Influential Women’ by Crain’s Chicago Business, as well as one of Today’s Chicago Woman magazine’s “100 Women Making a Difference.” A graduate of the London School of Economics, she holds a law degree from the University of Notre Dame and a bachelor’s degree in humanistic studies from Saint Mary’s College in Indiana.