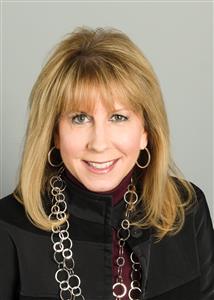 Sharon is a founding managing director of Protiviti, started in 2002, and now a $1+billion global consulting firm. This followed a 15-year career at Arthur Andersen, where she was a partner. As the leader of Protiviti’s global Manufacturing & Distribution industry practice, Sharon is part of the firm’s Leadership Team. She also serves multiple million-dollar client accounts, growing revenue and relationships consistently each year.

Sharon is active in the market by hosting roundtables, presenting at conferences, and writing thought leadership. Consulting magazine selected Sharon for an “Excellence in Leadership” award, as one of its 2019 Women Leaders in Consulting.

Sharon believes that the success of a firm lies in its people. She’s passionate about developing her team and is a formal and informal mentor to many, while promoting the concept of “career equity” within Protiviti to help advance personnel on their career paths. The Chicago Business Journal recognized her as one of its ‘Women of Influence’.

In the civic community, Sharon’s passion for educational equity grew during her fellowship year with Leadership Greater Chicago. Since 2004, she has served on the board of Umoja Student Development, a Chicago-based charity that helps under-resourced high school students develop skills for success in school, the workplace and life. She has served on the Executive Committee as Treasurer and is currently President of the Umoja Board.

Sharon has also led Protiviti Chicago’s iCare initiative since inception, which promotes civic activities in our office. Inspired by Umoja’s mission, she founded a four-year college scholarship program fully funded by employee donations, which has supported dozens of CPS students in attending and graduating from college. Multiple Protiviti offices have since replicated this program in their local markets. In 2016, Consulting magazine honored Protiviti with an “Excellence in Social & Community Investment Award” for this program.

Her professional memberships include The Institute of Internal Auditors, Women in Manufacturing, Network of Executive Women and the Executives’ Club of Chicago.