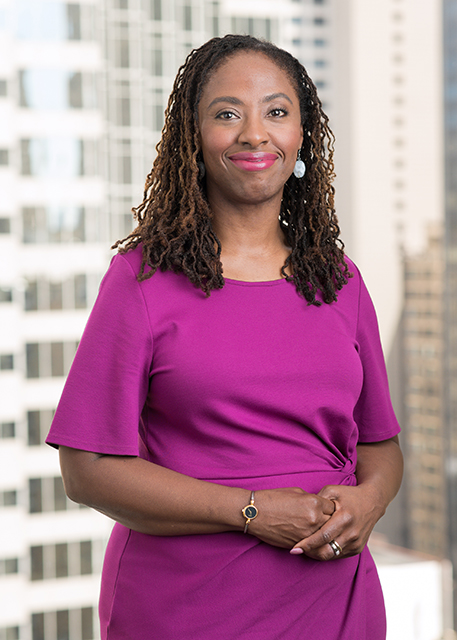 Sharon Bush has over 20 years of nonprofit and business experience. She is the executive director of Grand Victoria Foundation. She is only the second person to lead the Foundation in its 20-year history.

Sharon is a recognized leader in the field who strongly values the economic and social contributions of the nonprofit sector. Throughout her career she has worked to ensure that the sector is strong, equitable, sustainable and highly capable of serving individuals and families throughout the Chicago region. She has launched, led and participated in innovative collaborations that have resulted in thousands of people securing employment and millions of dollars to support the regional workforce system.

Sharon is on the board of directors of ABFE, a national philanthropic organization that advocates for responsive and transformative investments in Black communities and African American Legacy at the Chicago Community Trust. She is an advisor to Willie’s Warriors, a leadership development initiative of Chicago Foundation for Women and to Greater Good Studio, a human-centered design firm that builds the capacity of communities to solve old problems in new ways. Sharon was an Association of Black Foundation Executives Connecting Leaders Fellow. She also is a former co-chair of Chicago African Americans in Philanthropy and the 2017 recipient of its Champion of Diversity Award. She has been a featured Op-Ed columnist in Crain’s Chicago Business on diversity and leadership. She is a member of the Economic Club of Chicago.