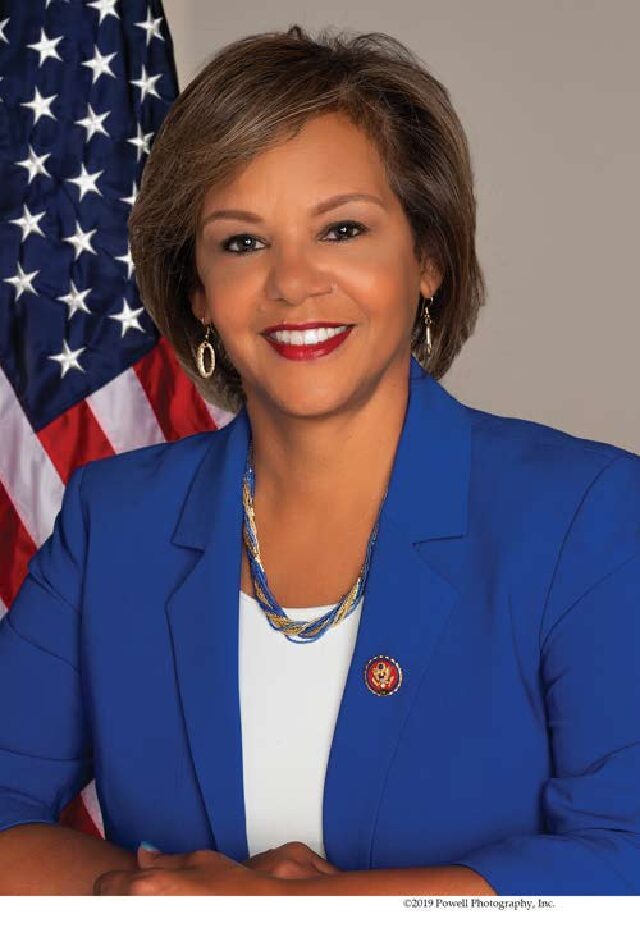 Congresswoman Robin Kelly has dedicated her career to public service as an advocate for Illinois families.  Since being elected to serve the 2nd Congressional District in 2013, she has worked to expand economic opportunity, community wellness, and public safety across the state, championing numerous initiatives to generate job growth, reduce health disparities, and end gun violence.

She is also a Member of the House Committee on Oversight and Reform and serves on the national security and civil rights and civil liberties subcommittees.

A staunch champion of common sense gun reforms and responsible community policing, Representative Kelly is a Co-Chair of the Congressional Gun Violence Prevention Taskforce, was tapped to sit on the bipartisan Policing Strategies Working Group, and is the author of The 2014 Kelly Report on Gun Violence in America, the first-ever Congressional analysis of the nation’s gun violence epidemic that offers a blueprint for ending the crisis.

Prior to her election to Congress, Kelly was a member of the Illinois House of Representatives, served as Chief Administrative Officer of Cook County (the second largest county in the United States) and was Chief of Staff to Illinois State Treasurer Alexi Giannoulias – becoming the first African American woman to serve as Chief of Staff to an elected constitutional statewide officeholder.

The daughter of a small business owner and postal worker, Congresswoman Kelly moved to Illinois after high school to attend Bradley University in Peoria, where she earned her B.A. in psychology and an M.A. in counseling. She later received a Ph.D. in political science from Northern Illinois University.  She lives in Matteson with her husband, Dr. Nathaniel Horn, and has two adult children, Kelly and Ryan.