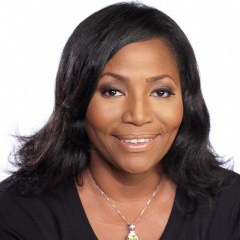 Midway Broadcasting properties include WVON 1690AM, the oldest Black-oriented radio station in Chicago. With its urban talk format, the station is lauded as a leading source of information and community empowerment. In 2007, Spann Cooper spearheaded the corporation’s expansion with the development of WRLL 1450AM, Chicago’s Home for Hispanic Independent Broadcasters. WRLL is committed to preserving the authentic voice and culture of Chicago’s growing Latino target market. In addition to the company’s radio properties, Midway Broadcasting Corporation has established itself as a premier event and integrated marketing company.

Spann Cooper’s other professional affiliations include: Commissioner of the Illinois Bicentennial Commission , the Co-Chair of the Diversity and Inclusion Council for the Obama Library Foundation; Board Member of Chicago’s tourism board, Choose Chicago; Trustee of the Museum of Science & Industry; Member of the African-American Legacy of the Chicago Community Trust; The Executive Committee of the Business Leadership Council; Board Member of The National Association of Black Owned Broadcasters, and Chairman of the Board of Trustees at Hales Franciscan High School.

Spann Cooper’s accomplishments in broadcast media have been recognized by numerous organizations that have highlighted her achievements in leadership and business. She holds a Bachelor’s of Science Degree in Criminal Justice from the Loyola University of Chicago. She is the daughter of legendary radio personality Pervis Spann “The Blues Man.”