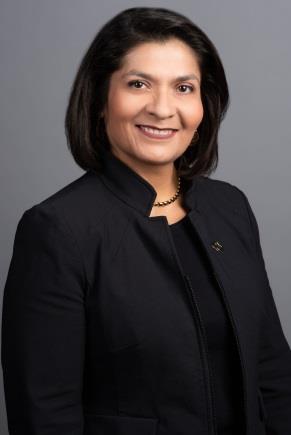 As chief science officer, Maria C. Carrillo, Ph.D., sets the strategic vision for the Alzheimer’s Association global research program. Under her leadership, the Association is the world’s largest nonprofit funder of Alzheimer’s research and an internationally recognized pioneer in convening the dementia science community to accelerate the field. As a noted public speaker, Dr. Carrillo plays an instrumental role in the Association’s efforts to lobby both the public and private sectors for increased funding for the disease.

Dr. Carrillo oversees the implementation of the Association’s growing portfolio of research initiatives, including the Alzheimer’s Association International Conference® (AAIC®), the world’s largest and most influential dementia science meeting, and the Research Roundtable, which enables international scientific, industry and government leaders to work together to overcome shared obstacles in Alzheimer’s science and drug development. In addition, Carrillo manages the World Wide Alzheimer’s Disease Neuroimaging Initiative (WW-ADNI), a multi-country research effort aimed at accelerating the early detection of Alzheimer’s.

Under Dr. Carrillo’s direction, the Association’s leadership in Alzheimer’s research continues to thrive through its International Grants Program, which has invested more than $440 million in promising and innovative science since 1982. In addition, the Association has expanded its role in advancing dementia science by becoming directly involved in research. Dr. Carrillo is a co-primary investigator for the Association-funded and led U.S. POINTER study, a lifestyle intervention trial to prevent cognitive decline and dementia.

Dr. Carrillo has published extensively on early diagnosis and biomarker standardization efforts, as well as on the global challenges to progress for research in Alzheimer’s and dementia. She is a co-author of the “Appropriate Use Criteria for Amyloid Imaging,” published by the Society of Nuclear Medicine and Molecular Imaging and the Alzheimer’s Association.

As an internationally respected Alzheimer’s expert, Dr. Carrillo has been featured in numerous international media outlets, including The New York Times, The Wall Street Journal, Time magazine and “NBC Nightly News with Lester Holt.” She received the 2018 Alumnae Award from Northwestern University, recognizing an outstanding alumna who has brought honor to the university through significant contribution and national recognition in her field. Dr. Carrillo sits on the governing board of the Global Brain Health Institute and is on the advisory committee for the World Health Organization Dementia Setting Priorities & Portfolio Analysis. She also is a member of the American Heart Association’s research committee.

The Alzheimer’s Association is the leading voluntary health organization in Alzheimer’s care, support and research. Our mission is to eliminate Alzheimer’s disease through the advancement of research, to provide and enhance care and support for all affected, and to reduce the risk of dementia through the promotion of brain health. Our vision is a world without Alzheimer’s. For more information, visit alz.org.