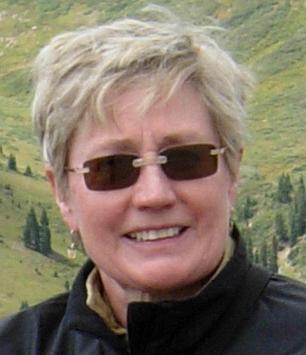 A principal in the architectural and design firm of Tigerman McCurry and a Fellow of the American Institute of Architects (AIA), Margaret McCurry received her Bachelor’s degree in Art History from Vassar College and her Loeb Fellowship in Advanced Environmental Studies from the Graduate School of Design at Harvard University. She is the recipient of many Honor Awards from the National AIA, numerous Distinguished Building and Interior Architecture Awards from the Chicago Chapter, and both National and Local Interior Design Project Awards from the American Society of Interior Designers (ASID).

In 1990 she was inducted into the Interior Design Hall of Fame and in 2002 was named the ‘Designer of Distinction’ by ASID. Her work has been published widely in architectural and interior magazines and exhibited at museums and galleries here and abroad. It is also represented in the 1994 A+U Architecture Magazine special edition on the work of the firm and is documented in a monograph, “Margaret McCurry: Constructing Twenty-Five Short Stories,” which was published by Monacelli Press in 2000. Professionally, McCurry has served as Vice-President of the Chicago Chapter and Chair of the National AIA Committee on Design. She also served as Vice-President of the Illinois Chapter of ASID. She has served on the board of the Architecture and Design Society at the Art Institute of Chicago and is currently a board member of the Textile Department.

She has been President of the Alumni/ae Council of the Graduate School of Design at Harvard University and has just completed a six year term as Director of the Harvard Alumni/ae Association. Currently she is President of the Harvard Club of Chicago. McCurry has lectured at many architectural and design conferences as well as schools of architecture and design at major universities and has taught design studios. In addition to being the author of articles for architectural journals and catalogs, she has served on numerous design award juries for AIA and ASID components as well as the National Endowment for the Arts and the American Collegiate Schools of Architecture. She has also been appointed to the U.S. General Services Administration’s (GSA) Public Buildings Service National Register of Peer Professionals.

Ms. McCurry’s building credits encompass eleven years as a senior interior architect and designer in Skidmore Owings and Merrill’s Chicago office where she collaborated as a programmer, designer and manager on such diverse projects as a 20-story headquarters office building for an insurance company in Nashville, an atriumed hotel/restaurant/meeting room complex in Chicago, a four-story bank and the East Wing addition to The Art Institute of Chicago including the School of The Art Institute and The Rubloff Auditorium. Her architectural credits as principal in Tigerman McCurry include the Chicago Bar Association, the Award-winning Juvenile Protective Association Headquarters, the Louis Kahn exhibition of the Art Institute of Chicago, and the much published Prairie Crossing conservation community housing in collaboration with two other Chicago firms.

She has introduced a line of executive office furnishings and fabrics through Hickory Business Furniture, which won the IIDA IFMA Gold Award at NeoCon 1998 for Best Furniture Design System and currently has on the market for Landscape Forms award-winning park and town center furnishings. She has also designed and remodeled country and town clubs, showrooms, museum installations, offices and countless private residences throughout the country and has recently been commissioned by St. Joe to design time share condos, mixed-use facilities and a golf clubhouse in the Florida panhandle. She is an expert at analysis of client program needs, problem solving and consensus building and achievement. Years of designing and furnishing award winning residences has honed her expertise in providing harmonious, well-proportioned environments that directly affect the quality of one’s life and thereby one’s ability to function effectively.