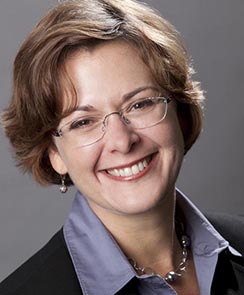 Kate Maehr was appointed chief executive officer of the Greater Chicago Food Depository, the food bank that serves Cook County, Illinois, in 2006. Since her appointment, the Food Depository has increased the annual distribution of food by 65 percent, to 66 million pounds of nutritious food. The food bank has initiated several innovative programs with the objective of reaching priority populations, such as children and older adults, to further its mission of ending hunger in Cook County. Recent achievements include the creation of a SNAP benefits outreach program, the Healthy Kids Markets pantries-in-schools initiative and a meal production program that delivers more than 13,500 meals for children and older adults weekly. The program was named the Community Kitchen Program of the Year in 2008 by Feeding America.

Before becoming chief executive officer, Kate oversaw the Food Depository’s fundraising, public policy and communications initiatives. She is the president of Feeding Illinois, the state’s coalition of food banks, and is a member of the Economic Club of Chicago and The Chicago Network. In 2009, Kate was appointed to the Illinois Reform Commission. She was named one of Chicago’s “Forty under 40” by Crain’s Chicago Business in 2004. Kate holds a bachelor’s degree from Macalester College and a master’s degree in Public Policy and Administration from the University of Wisconsin. Kate and her husband, Sam, have two young sons, Joe and Ben.