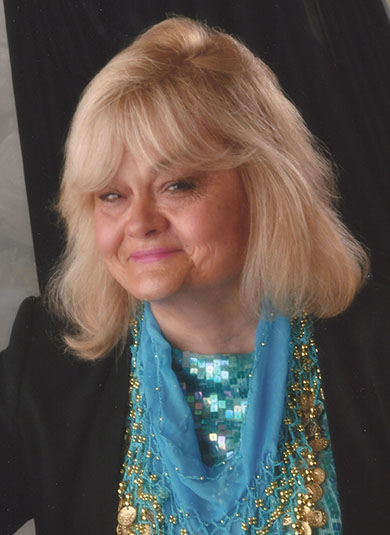 She is coauthor of Nurses On Our Own, St. Martin’s Press and Avon Paperback, back in print by IUniverse. The TV show OUTSPOKEN with KARON has been on air for 27 years. She has been the CEO and President of Registered Professional Nurses, P.C. the pioneer Independent Nursing Practice as well as the Charge Nurse in a Chicago Trauma ER and the Charge Nurse in a suburban Psychiatric Unit. Her career spans hospital nursing to businesswoman and entrepreneur as the president of a Home Care and Private Duty Nursing Service, First Aid and Safety Director at a leisure and recreational indoor amusement park and as occupational health nurse at CBS and ABC TV.

She has also been the on-set consultant to many major motion pictures filmed in Chicago such as Dr. Detroit and Risky Business as well as several TV series. After graduating from Mt. Sinai Medical Center, she embarked on a diversified career and has been a volunteer in many medical and women’s groups. The winner of several community service awards as well as a prestigious Nursing Career Community Service Award by a national nurses’ magazine, NURSEWEEK, she has continued her philanthropic efforts through television and as a columnist for newspapers on medical pointers and issues. She has been the Communications director for the Chicago Chapter of the National Association of Women Business Owners and the Association of Occupational Health Nurses. She has been on several health care task forces and a speaker on Medical and Nursing Issues as well as business.

Her show, Outspoken with Karon, airs in prime time slots and offers experts new opportunities. She is a member of the Committee of 200, The Chicago Network, a past member of Women in Film and other groups. Her website offers info on her career at AmericaNurse.com. (815-773-4497)