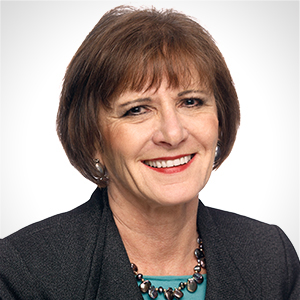 Julie Hamos is Director of the Illinois Department of Healthcare and Family Services.

Previously, Julie was elected as the State Representative of the 18th District in 1998. She was Chair of the Mass Transit Committee, playing the key role in comprehensive legislation for funding and reform of the regional transit system. Julie has served as chief sponsor of ground-breaking legislation including the telecommunications act rewrite; a statewide energy efficiency building code; rental housing subsidies; statewide broadband deployment; and quality health care including electronic health records.

Julie received her law degree in 1975 from George Washington University in Washington D.C. and became the first staff attorney for a newly formed subcommittee of the U.S. House Ways & Means Committee. She moved to Springfield, Illinois, to create a legislative advocacy organization for low- income families in Illinois. She served in the Cook County State’s Attorney’s Office for eight years, first as legislative and policy advisor to then-State’s Attorney Rich Daley and later as Director of the Child Support Division. Julie completed the Leadership Greater Chicago program in 1987, was selected as a fellow at the Harvard Kennedy School of Government for Senior Executives in State and Local Government in 2004 and was honored to be named one of Crain’s Chicago Business “25 Women to Watch” in 2007.

Julie was born in Budapest, Hungary, the daughter of Holocaust survivors, and escaped with her family during the 1956 Hungarian Revolution.