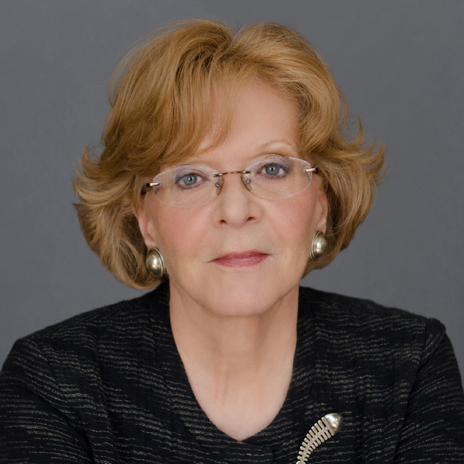 Julia Stasch is the immediate past president of the John D. and Catherine T. MacArthur Foundation, one of the nation’s largest philanthropies, with headquarters in Chicago and offices in Mexico City, New Delhi, and Abuja, Nigeria.  With a broad background of leadership in the business, government, and social sectors, she joined the Foundation in 2001 as Vice President for major programs in the United States. She served as the Foundation’s President for five years prior to stepping down in 2019.

During that time, she narrowed the Foundation’s programmatic focus for greater impact in areas such as criminal justice and climate change.  She initiated the development of the breakthrough $100 million 100&Change competition and Lever for Change, MacArthur’s nonprofit affiliate that helps philanthropists source vetted, high-impact philanthropic opportunities. She also oversaw the design and launch of the global Catalytic Capital Consortium, which is providing $150 million in matching funds for impact investments that address financing gaps and drive significant social change. During that time, she served as Co-Chair of the Presidents’ Council on Impact Investing.

Prior to joining the Foundation, she worked for the City of Chicago, as Commissioner of the Department of Housing, and then as Chief of Staff to Mayor Richard M. Daley. As Commissioner, she drove the city’s commitment to a $1.3 billion, five-year plan for affordable housing. As Chief of Staff, she oversaw the design and negotiation of the $1.5 billion plan for transformation of public housing in Chicago.

Previously, Stasch was President and Chief Executive Officer of Shorebank Chicago Companies, including South Shore Bank, the nation’s first community development bank. In 1977, she was one of four employees of Chicago-based real estate development firm Stein & Company. When she left in 1996 as President and Chief Operating Officer, the staff numbered 220 and projects included the Metcalfe Federal Building, Chicago’s United Center, the expansion of McCormick Place, and the Gleacher Center at the University of Chicago. While at Stein & Company, she was nationally known for her work to open opportunities for women and people of color in the construction industry.

During the first Clinton Administration, Stasch served in Washington as Deputy Administrator of the General Services Administration, a then-20,000-person agency responsible for management of government-wide building construction, leasing, and management. Earlier, she was a Vista volunteer and a teacher in the Chicago public school system.

Stasch is Chair of the Board of MacArthur affiliate Lever for Change and a Distinguished Nonresident Senior Fellow in the Brookings Institution’s Metropolitan Policy Program. She is Philanthropy Executive in Residence at the Rustandy Center for Social Sector Innovation at the University of Chicago Booth School of Business, senior advisor to the philanthropic Partnership for Safe and Peaceful Communities and its efforts to reduce violence in Chicago, and board member of P33, a private sector-led effort to drive inclusive, global tech and innovation leadership in Chicagoland.