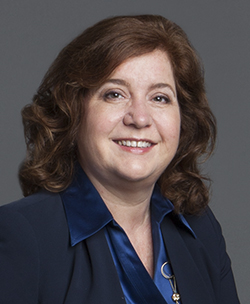 Janice Eberly is the Senior Associate Dean for Strategy and Academics, the James R. and Helen D. Russell Professor of Finance and former Chair of the Finance Department. Before joining the Kellogg faculty, she was a faculty member in Finance at the Wharton School of the University of Pennsylvania.

Professor Eberly served as the Assistant Secretary for Economic Policy at the U.S. Treasury from 2011 to 2013 after being confirmed by the U.S. Senate. In that capacity she was the Chief Economist at the Treasury, leading the Office of Economic Policy in analysis of the U.S. and global economies and financial markets and development of policy recommendations on micro and macroeconomic issues.

Professor Eberly’s research focuses on finance and macroeconomics. Her work studies firms’ capital budgeting and investment decisions and household consumption and portfolio choice. She also examines the interaction of these spending and investment choices with the macroeconomy. Her current research emphasizes household finance and intangible investment. Her work has been published in the American Economic Review, the Journal of Political Economy, Econometrica, and the Quarterly Journal of Economics, among other academic journals. She has received a Sloan Foundation research fellowship and grant funding from the National Science Foundation and the CME Trust.

Professor Eberly has been an Associate Editor of the American Economic Review and other academic journals and Senior Associate Editor of the Journal of Monetary Economics. Previously Professor Eberly served on the staff of the President’s Council of Economic Advisors and on the advisory committees of the Bureau of Economic Analysis (BEA) and the Congressional Budget Office (CBO). She was elected Vice President of the American Economic Association for 2020.

Professor Eberly is an elected Fellow of the American Academy of Arts and Sciences and is Editor of the Brookings Papers on Economic Activity. She has won numerous awards for her teaching, including Chairs’ Core Teaching Awards and Outstanding Professor Awards from the Executive Master’s Program. She is a Trustee of the TIAA-CREF funds since 2018. Professor Eberly received her Ph.D. in Economics from MIT.