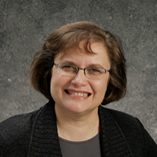 Janet Zelenka, Senior Vice President and Chief Financial Officer, is a member of the senior leadership team of Essendant (ESND), a $5 billion Fortune 500 distributor of workplace essentials that offers sophisticated logistical capabilities and value-added services. Janet leads the finance, technology and business integration functions and is also President of the Essendant Charitable Foundation. Janet joined Essendant in 2006 and has held prior leadership positions in finance/analytics, audit, and pricing.

Before joining Essendant, Janet held a variety of executive positions at SBC/Ameritech (now AT&T) including CFO of the IT division and Vice President of IT, as well as leadership roles in customer care, operations, finance, activity-based management, and internal audit. She also served as the company’s liaison to the Illinois Commerce Commissioners, and was a change leadership facilitator for the Ameritech Institute.

Janet recently was appointed to the Board of Directors of Summit Electric Supply, a privately held distributor of industrial electrical equipment and supplies. She is an invited speaker on topics in finance, IT, big data/business intelligence, change management, governance, and corporate ethics. A member of the Institute of Internal Auditors, she is the co-author of “Self-Directed Audit Teams,” a piece that won Internal Auditor magazine’s article of the year (1996). Janet is a past President of the Chicago Chapter of the American Statistical Association. Janet is a member of The Chicago Network, an organization of Chicago’s leading professional women.

Janet has a passion for improving our educational system. She serves on Rockford University’s Board of Trustees and volunteered for several years as the Foundation Treasurer for the largest high school district in Illinois. Janet is also a former board member of the Advisory Board for the Center for Services Leadership at the W.P. Carey School of Business, Arizona State University and of Sherwood Conservatory of Music, now part of Columbia College. Janet received her MBA from Northern Illinois University and her Bachelor of Arts degree in economics (Phi Beta Kappa) from Rockford University.