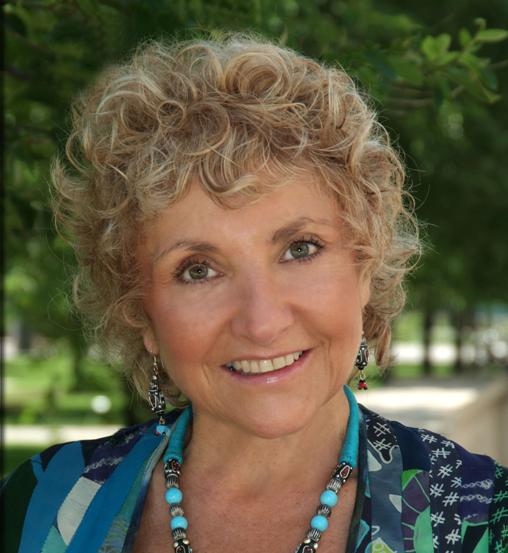 Hedy M. Ratner is founder and Co-President of the Women’s Business Development Center, the largest, oldest (25 years) and most comprehensive women’s business assistance center in the U.S. The Women’s Business Development Center, based in Chicago, has initiated and helped develop women’s business programs in six states and advised developing countries on women’s business development. The Center provides counseling, training, financial, certification and procurement assistance for emerging and established women business owners in English and Spanish to enhance the success of women-owned businesses.

An advocate and activist for women’s issues for more than 40 years, Hedy Ratner was appointed by President Clinton to the National Women’s Business Council; she helped to advocate for and create and was appointed by Illinois Governors Edgar and Ryan to the Illinois Women’s Business Ownership Council and the Governor’s Commission on the Status of Women in Illinois. She was appointed to the Illinois Development Finance Authority and to the Illinois Labor Advisory Board. In 2006, she was appointed to the Illinois Business Enterprise Council. Hedy was appointed as Co-Chairperson of the Women’s Health Task Force by Chicago Mayor Richard Daley and the Mayor’s Affirmative Action Advisory Board and serves on task forces on minority and women’s business enterprise issues for the city and state. She was appointed by Governor Quinn to the Governor’s Economic Advisory Council. She is also a board member of the Chicagoland Chamber of Commerce and The Chicago Convention and Tourism Bureau; National Council of Women’s Organizations; and a founding member of the Coalition For Equal Opportunity and the Alliance of Minority and Female Contractors Associations and the Chicago Academy for Advanced Technology.

Her most recent honors include: 2009, the University of Chicago Diversity Leadership Award; 2008, the Network of Women Entrepreneurs Women Who Dared Award, B’Nai B’rith Woman of Honor Award, the Lifetime Achievement Award from Rainbow PUSH and the Compass Award from the Women’s Leadership Exchange; 2007, the Diversity Champion Award from Diversity Edge Magazine. In 2005, Ratner received the SBA Advocate Award; the National Center for Women’s Business Research ‘Leading by Example’ Award; the Anti-Defamation League’s Women of Achievement Award. Other Honors include the SBA Women’s Business Advocate of the Year; the Governor’s Women Business Advocate of the Year; the National Association of Women Business Owners Public Policy Advocate of the Year, both locally and nationally; the Bank of America Community Leader Award; National Organization of Women’s Bella Abzug Woman of Honor Award; among many others. She has been recognized by Enterprising Woman magazine as Enterprising Woman of the Year in 2001 and by Business Woman magazine for the Woman and Business Award; and is recognized each year by Crain’s Chicago Business.