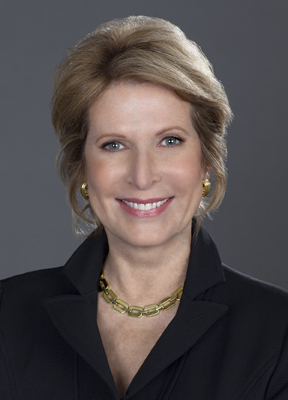 Gail Meneley is Co-Founder of Shields Meneley Partners, a confidential advisory service to C-Suite executives and Board of Directors during times of organizational and professional transition. Previously, she was one of eight founders of the Center for Executive Options and helped grow its Midwest executive coaching and transition practice into the global practice profit leader.

Ms. Meneley has extensive business experience at top executive levels within the financial services and nonprofit sectors. She was president and chief executive officer of the Institute of Financial Education, a national financial services training organization headquartered in Chicago with 250 locations around the country. The Institute, which merged with the Bank Administration Institute in 1999, provided technical, operational, and management programs to 80,000 financial professionals annually. In successive leadership positions, Meneley spearheaded the spin-off of the Institute and successfully led its transition from a single-market to a full-service provider of financial training that cut across functional and regulatory lines. She secured capital for market expansion, reengineered the corporation, restructured the executive team, recruited board members from target markets, slashed operating costs, built a national sales organization, established strategic alliances, and drove product and delivery innovations.

Ms. Meneley began her career with West Virginia University and DePaul University, later moving into research and marketing positions with the American Savings and Loan Institute. In addition to her senior operating roles at the Institute of Financial Education, Ms. Meneley served on the board of directors of the United States League Management Services, a wholly owned subsidiary of the United States League of Savings Institutions in Washington, DC. She had been widely quoted in the Wall Street Journal, Business Week, Chicago Tribune, and Crain’s, has been the keynote speaker at national conferences and conventions, and has been published in Directors and Boards magazine, among others.