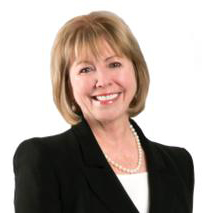 Ellen Costello is a Corporate Director. She is currently an Independent Director of Citigroup, Inc and DHCorporation. She is a member of Citgroup’s Audit Committee, Chair of DH’s Risk Committee and amember of its Human Resources and Compensation Committee.

She is a former Senior Executive of BMO Financial Group, retiring in 2013 after 30 years. She has proven expertise in leading businesses, in developing and executing strategy and improving talent, customer experience, and performance. Has also has led complex, high growth businesses, and has M&A, Integration, Governance, Risk Management, Regulatory, Investor Relations and Rating Agency experience. BMO Financial Is a Global Financial institution, ranking 10th largest in assets in North America.

Prior experience includes senior operating and strategic leadership positions in Corporate Banking and various Capital Markets businesses in Canada, Asia and the U.S.

She is a member of the Economics and Executives Clubs of Chicago, the Chicago Network, Women Corporate Directors and NACD.

She was recognized for five years by American Banker as one of the Most Powerful Women in Banking, ranking 3rd on 2011, is a recipient of the Chamber of Commerce Daniel H Burnham Award for Distinguished Leadership and the YWCA Award for Business leadership.

Ms Costello received her BBA from St Francis Xavier University and her MBA and Honorary Doctor of Laws from Dalhousie University.

Cochran recently became a Board of Director for Women in Trucking (WIT), and is a member of The Chicago Network (TCN) and Women Corporate Directors (WCD).

She holds a Bachelor of Science degree from Iowa State University, which she earned in August 1974. Cochran became a certified public accountant in November 1975.