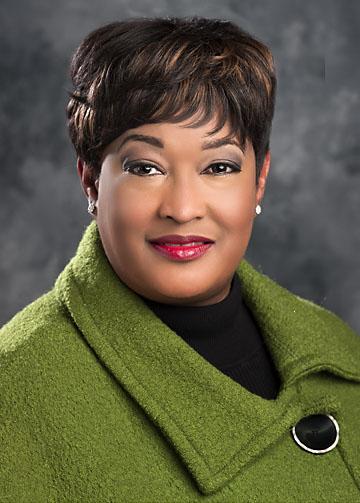 When Donna Thompson joined Access Community Health Network (ACCESS) as Chief Operating Officer in 1995, she was well familiar with the difficulties patients faced because they lacked access to primary and preventive care. For more than 30 years, Donna has been on the front-line of patient care delivery. Now CEO of ACCESS, a post held since 2004, Donna demonstrates daily how a focused commitment to high quality community health care can save lives, revitalize communities, and preserve the possibility of a healthy life for hundreds of thousands of patients of all ages and backgrounds.

By mission, ACCESS provides high quality, comprehensive community-based health care in communities that might otherwise lack these resources. In her eight years as CEO, Donna has led ACCESS to become one of the largest federally qualified health care (FQHC) organizations in the country. ACCESS serves more than 200,000 patients annually, 45,000 of whom are uninsured, in 40 health center locations across the greater Chicago area including suburban Cook and DuPage Counties. In FY 2012 with a $124 million budget and close to 300 medical providers, ACCESS provided its patients with 614,000 medical visits and delivered close to 3,200 babies.
Under Donna’s leadership, ACCESS has developed a model of health care that helps patients navigate the gap between community based care and other resources, both those in hospitals and in other community agencies. ACCESS providers offer more than 20 specialty care services. Five ACCESS centers are co-located with other organizations such as the Illinois Eye Institute, the Anixter Center and the DuPage County Health Department to better address patient concerns comprehensively. ACCESS is accredited by the Joint Commission, and was recognized by the United Way of Metro Chicago with its Agency of the Year award in 2008 and with its Outstanding Leadership in Continuous Quality Improvement award in 2009.

As a community organizer concerned with effecting change beyond the health center walls, Donna organized the Stand Against Cancer program in 2002, bringing together more than 1,400 women, elected officials and faith leaders representing every religious denomination, race, ethnicity and age group to advocate for increased funding for breast and cervical cancer screenings. As a result of this advocacy effort, the State of Illinois allocates $4 million annually to the Stand Against Cancer program, to reach out to women in faith communities to promote early detection and to offer screening and follow up for those who are uninsured.

On Mothers’ Day 2007, Ms. Thompson launched Pin-A-Sister™, bringing together members of predominantly African American and Latino congregations to recognize breast cancer survivors and to provide key information about preventive screening. Now going into its seventh year as a year-round faith-based health promotion effort with a statewide multi-media reach, the program has reached 700,000 people in churches and correctional centers during its signature events surrounding Mother’s Day and touched 4 million through media contacts.

Other acknowledgements:
Donna was named a Robert Wood Johnson Foundation Executive Nurse Fellow in 2003. She was recognized as one of Chicago United’s 2007 Business Leaders of Color. Donna has been lauded by N’DIGO Magazine as one of Chicago’s most influential women, and is frequently profiled in the media. She received the 2007 Chicago Athena Award for her leadership in developing community health. In 2008, Ms. Thompson received the Chicago National Organization for Women’s 2008 Outstanding Community Leader Award. Ms. Thompson serves on the Boards of The Chicago Network and the Illinois College of Optometry. She is a 2010 graduate of the Kellogg School of Management’s CEO Perspectives program.