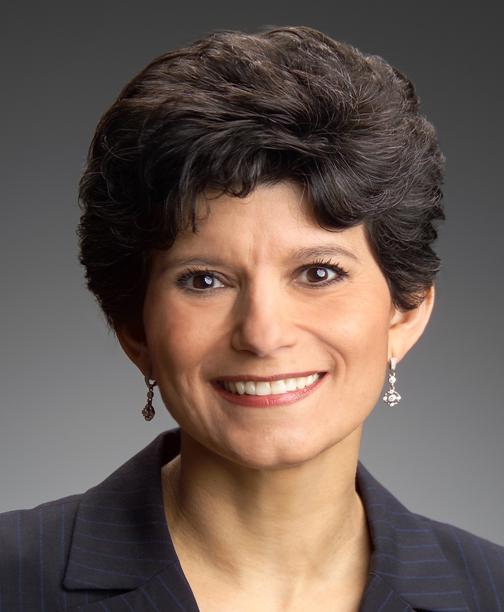 Debra A. Cafaro is Chairman, President and CEO of Ventas, Inc. (NYSE: VTR), an S&P 500 company. Ventas is a leading healthcare real estate investment trust (REIT) that owns a diversified portfolio of more than 500 healthcare and senior housing assets located in 43 states and Canada. Ventas is the top performing publicly traded REIT for the decade ended December 31, 2009, with total shareholder return exceeding 2,000 percent for the period, and one of the ten largest REIT’s in the U.S.

In 2010, Ms. Cafaro was named one of the 10 “Best CEOs” by Forbes. She was also a recipient of theAiming High Award from Legal Momentum, which recognizes remarkable women whose personal leadership has broken new ground for women in business (2009.) She has been named an Outstanding Woman by National Real Estate Investor magazine (2008); a Woman of Influence by Real Estate Forum(2008); Female Leader of the Year by Commercial Property News (2007); one of “50 Women to Watch”by the Wall Street Journal (its inaugural list of the top 50 women in business globally) (2004); and one ofthe “Best of the Best” REIT CEOs (2003).

Cafaro serves as Chair of the National Association of Real Estate Investment Trusts (NAREIT), the worldwide representative voice for REITs. She is also a member of the Board of Directors ofWeyerhaeuser Company (NYSE:WY); World Business Chicago, Chicago’s not-for-profit economic development corporation chaired by Mayor Richard M. Daley; and the Real Estate Roundtable. Additionally, in March 2010, Cafaro was appointed as an independent Board member of General Growth Properties (NYSE:GGP), which owns over 200 regional shopping malls in 44 states.

Following her 1982-83 service as a judicial clerk to the Hon. J. Dickson Phillips, United States Court of Appeals for the Fourth Circuit, Cafaro practiced real estate, corporate and finance law. Cafaro also taught real estate transactions and finance from 1988 to 1992 as an Adjunct Professor at Northwestern University Law School. Prior to joining Ventas, Cafaro served as President and Director of Ambassador Apartments, Inc. (NYSE:AAH), a multifamily REIT.