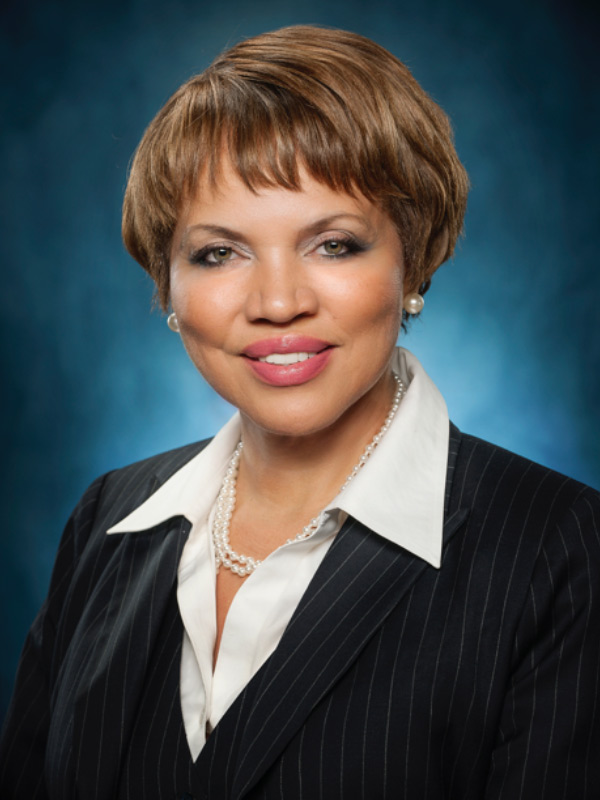 As Chief Executive Officer, Claire Babineaux-Fontenot oversees the nation’s largest domestic hunger-relief organization and third largest U.S. charity according to Forbes. Feeding America is a nationwide network of 200 food banks and 60,000 food pantries and meals programs. Together, the Feeding America network provides more than 4 billion meals to more than 46 million people across the United States and supports programs that improve food security for the families we serve.
Prior to joining Feeding America, Claire spent 13 years as a part of Walmart’s leadership team with her most recent role being executive vice president and global treasurer. In this role, she had global responsibility for tax, treasury operations, capital markets, investor relations, global risk management, casualty and self-insurance leading teams across 28 countries and over 1,000 associates worldwide.
A Louisiana native, Claire has been entrusted with the leadership of teams for nearly three decades. Before Walmart, she was partner-in-charge of the Baton Rouge office and tax practice leader for Adams and Reese LLP, one of U.S. News & World Report’s “Best Law Firms.” Earlier in her career, she was dispute resolution practice group leader for the southwest region at PwC (formerly PricewaterhouseCoopers) and an assistant secretary for the Office of Legal Affairs for the State of Louisiana.
With a deep personal commitment to strengthening communities, Claire has long been an avid volunteer and board member. She has volunteered in the fight against hunger and other causes since her youth. Later, she served on a number of nonprofit boards including the Court Appointed Special Advocates for Children, the board of directors and audit committee for the Thurgood Marshall College Fund, and the board of trustees and finance and audit committee for the National Urban League and the National Association of Black Accountants. She also was on the corporate advisory board for the Association of Latino Professionals for America. Additionally, she served on the global board of directors and executive committee of the Walmart Foundation. Her board experience also includes the board and the audit committee for Walmart Chile S.A, chair of the board of directors for ATLAS Technical Consultants and audit committee member and nominating and governance committee chair at Charah Solutions.
Claire holds a Bachelor of Science from University of Louisiana in Lafayette; a Juris Doctor from Southern University Law Center in Baton Rouge, La.; and a Master of Laws in Taxation from Southern Methodist University Dedman School of Law in Dallas, Texas.