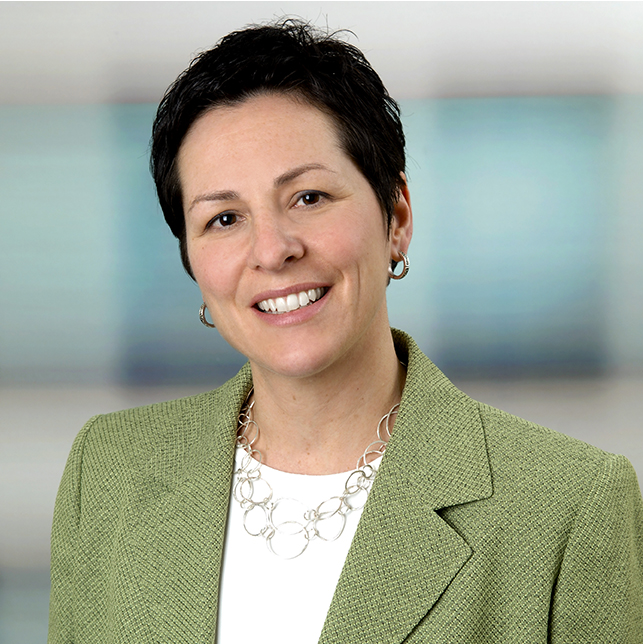 Christine A. Leahy is Chief Executive Officer of CDW. Leahy is responsible for the strategic direction and performance of the company as well as leading the senior management team.

Leahy has held numerous roles at CDW, most recently serving as chief revenue officer, where she was responsible for all customer-facing units of the company including its corporate, public, small business, international and integrated technology solutions organizations. Prior to that role, Leahy was senior vice president, international, where she led the development of the company’s international strategy, including the acquisition of Kelway, now CDW UK, and was responsible for the performance of its international business. Leahy also acted as chief legal officer. Prior to joining CDW in 2002 as the company’s first general counsel, Leahy was a corporate partner in the Chicago office of Sidley Austin, an international business law firm.

Leahy earned a bachelor’s degree from Brown University and a J.D. from Boston College Law School. She completed the CEO Perspectives Program at Kellogg School of Management, Northwestern University, as well as the Women’s Director Development Program at Kellogg. Leahy serves on the board of directors for Junior Achievement of Chicago and is past chair of the board of trustees of Children’s Home and Aid. She is also a member of the Economic Club of Chicago and The Chicago Network. In addition, Leahy is a founder and a sponsor of CDW’s Women’s Opportunity Network, a business resource group that actively and strategically supports women’s advancement at CDW.