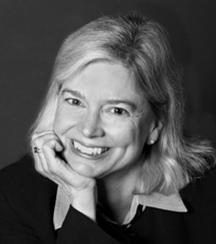 Cheryl Francis is co-founder and Co-Chairman of Corporate Leadership Center (CLC), a partnership between major corporations and academic institutions, which advances top corporate leaders and leadership practices. CEO Perspectives, CLC’s flagship program, has been offered since 2005 with the Kellogg School of Management. In 2009, CLC launched its second major initiative: Leading Women Executives – a unique development experience for high potential women and their companies aimed at improving the cost/benefit trade-off for corporate executive women and their organizations.

Francis is a Director of three corporate boards: AON Corporation, Morningstar and HNI Corporation. She is Audit Committee Chair and member of the Compensation Committee for Morningstar; member of the Compensation and Finance Committees for Aon; and member of the Human Resources and Compensation Committee for HNI. She serves on the Board of Trustees of Cornell University where she Chairs the Audit Committee and serves on the Executive Committee; the Advisory Council of Chicago Booth School of Business; the Board (and as former Chair) of The Chicago Network, Chicago’s leading professional women’s organization; and formerly served on the boards of Hewitt Associates and Lands’ End.

Cheryl Francis was Executive Vice President and Chief Financial Officer of R.R. Donnelley and Sons Co. from 1995 to 2000. She oversaw all financial functions, including mergers and acquisitions, of this $5 billion print services company. Under her leadership, all major management processes were revamped and aligned with value-based metrics, the business portfolio and capital structure were restructured, and shared services were introduced to increase transaction processing efficiency. These initiatives led to the repurchase $1.2 billion of stock (over 21% of total), the restructuring of over $2 billion in company sales, and an improvement in return on investment to greater than 14% (vs. 10% in the early 90’s) and a return on equity greater than 23%. Cash generation from the base businesses increased more than $200 million per year, while organic revenue grew faster than industry indices.

Earlier in her career, Francis was Treasurer of FMC Corporation, its first woman officer, and an adjunct professor at the University of Chicago Graduate School of Business (Chicago Booth). Cheryl Francis earned her undergraduate degree from Cornell University and her MBA from the University of Chicago. She graduated first in her class in both cases and received several academic awards.

Cheryl Francis is a frequent lecturer and panelist in university and business settings. She created the Women’s Leadership Forum, a highly-rated Executive Education seminar at the University of Chicago. She has led The Chicago Network’s annual Census of women board members and executives in Chicago’s top-50 companies and its efforts to increase the number of women on Boards. She has been featured in Harvard Business Review, Business Week, Treasury & Risk Management and CFO magazine.

Cheryl Francis is on the Metro Chicago United Way Finance Committee and is a founding member of its Women’s Initiative. She and her husband, Zed, led the campaign for the YWCA of Metro Chicago to create new service centers and models for the economic empowerment of Chicago’s working poor women. Cheryl was honored for Community Leadership by the YWCA in 2004. She is a member of the Commercial Club of Chicago and The Chicago Network.

Cheryl and Zed are the proud parents of two sons.