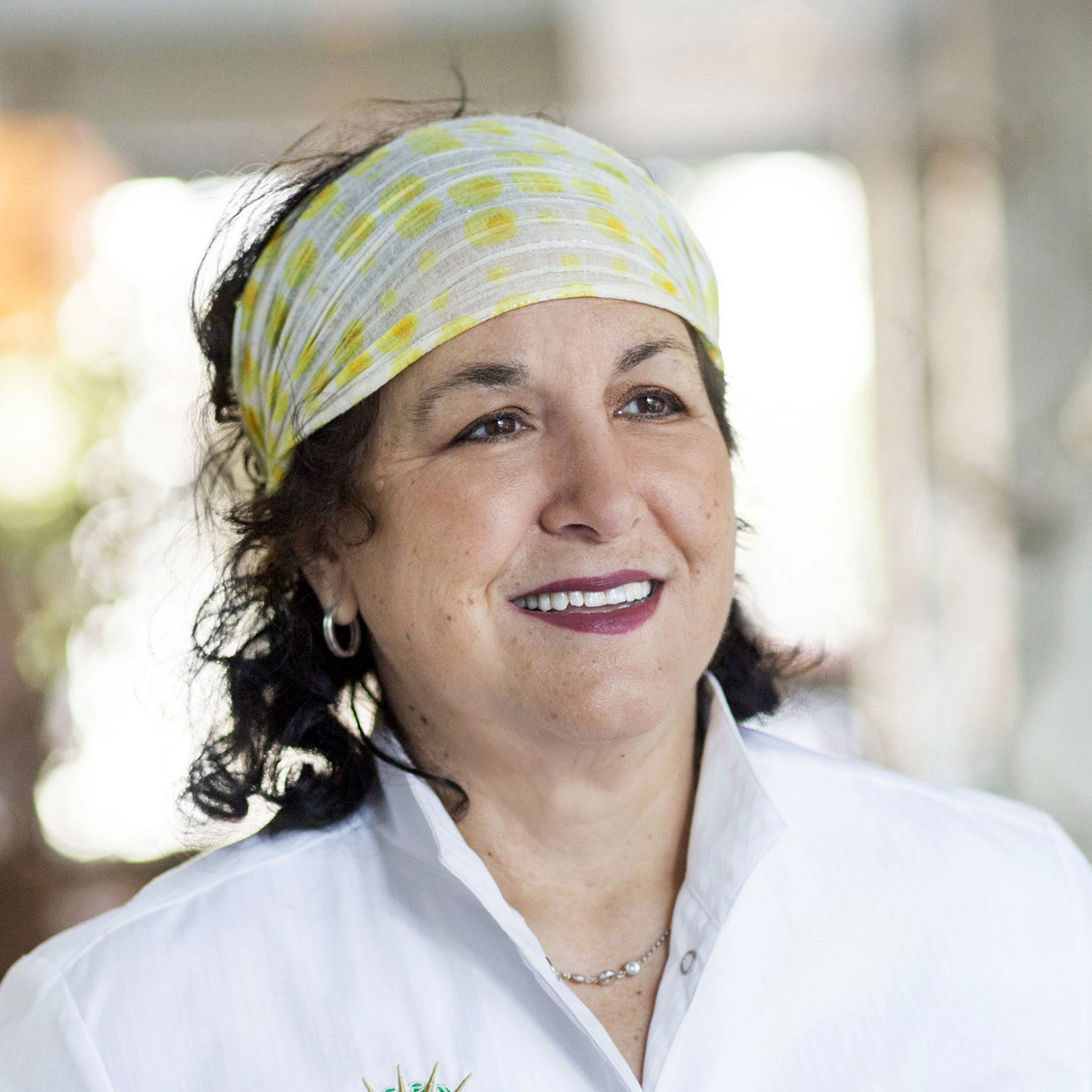 Chef Carrie Nahabedian started her career in cooking in the Ritz Carlton Hotel fine dining restaurant “The Dining Room” during high school in the northern suburbs of Chicago. From the first day, she walked into that kitchen, she knew that this was her calling. The passion, love, commitment, and drive that she feels have not diminished in all of her 30 plus years of cooking. Owning NAHA for the past eighteen years with her cousin Michael and working daily with her sisters Chris and Cathy, is the reward for the journey that she has taken.

From the very start, Carrie was involved in fine dining, cooking with the finest ingredients and learning to appreciate their beauty and flavor. She worked with fine mentors who taught her the craft in the true classical French manner. This is a path that has not only taken her from the kitchens of the Ritz Carlton Hotel, Le Perroquet, Jovan and Le Francais to LaTour at the Park Hyatt and ultimately to be an Executive Chef with Four Seasons Hotels in Chicago, Santa Barbara and Los Angeles, but also around the world to experience cuisine, service and dining.

Life in beautiful Southern California was a tremendous experience, but the allure of coming home to Chicago to create NAHA surrounded by her family and friends was the driving force. In November of 2000, NAHA opened to critical acclaim and has received many accolades and honors for its Mediterranean-inspired American Cuisine. The location in River North with the great neighborhood and style was ideal for the architecture and design of Carrie’s cousin, Tom Nahabedian.

NAHA has been awarded a Michelin Star in the Chicago Michelin Guide every year since Michelin has been in the city, five consecutive years. Carrie was awarded the James Beard Foundation Award for “Best Chef Great Lakes” in 2008 and has been nominated for Outstanding Chef as a semi-finalist for a number of years. In May of 2015, NAHA was awarded four stars, the highest rating by the Chicago Tribune.

In April 2013, Carrie and Michael opened Brindille, an intimate restaurant that features “refined Parisian” cuisine, inspired by Michael and Carrie’s trips to their favorite spots in Paris and London. Once again enlisting the architectural design talents of Tom Nahabedian, the space is a “gem jewel-box”, sleek and sexy. Brindille, which is French for “branch with a new growth”, was hailed as “The Best Restaurant to Open in 2013” by the Chicago Tribune and has garnered a James Beard Foundation award for “Best Design: New Restaurant 2015” for the work of Tom Nahabedian and design partner, James Gorski and the entire team at Bureau of Architecture & Design.

After eighteen years on Clark Street, NAHA closed on March 31, 2018, with plans to reopen in the fall of 2018 at a new address with a few new surprises. This new venture will reflect Carrie’s celebrated career, further pushing her and her unmatched expertise toward the exciting future of Chicago dining.