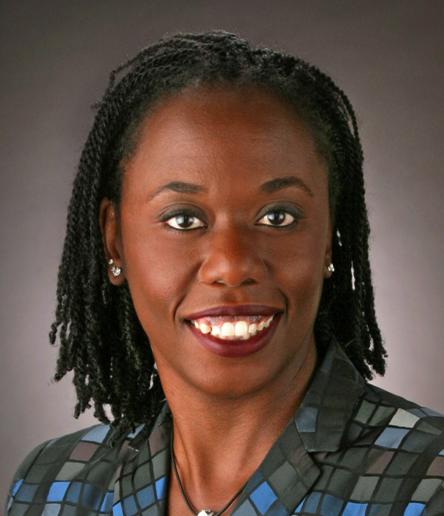 Carole L. Brown joined Barclays Capital in July 2011 as a Managing Director, heading the firm’s Midwestmunicipal practice. She serves as the Senior Investment Banker for local municipal clients including the City of Chicago, the States of Illinois, Michigan and Indiana, the Chicago Park District and the ChicagoBoard of Education. Brown also maintains primary responsibility for the firm’s client relationships inseveral major national markets. Prior to joining Barclays, Brown was employed with Siebert Brandford Shank & Co., LLC and Mesirow Financial. She joined Mesirow after a 10-year career as Managing Director at Lehman Brothers.

Brown is a native of Baltimore and a graduate of Harvard College. She came to Chicago in 1986 to attend Northwestern University’s Kellogg Graduate School of Management, where she received herMasters in Management in 1989.

For six and half years, Brown served as Chairman of the Chicago Transit Authority Board, a position she held through September 2009. As CTA Chair, Brown oversaw policy for the nation’s second largesttransportation agency. She was a member of the Transition Team for Chicago Mayor Rahm Emanuel, served as Chairman of his TIF Reform Panel, and was recently appointed to the Board of the Regional Transportation Authority by Mayor Emanuel.

In July of 2011, Brown was appointed by Illinois Governor Pat Quinn to the state’s Budget for ResultsCommission. She currently serves on several boards, including Steppenwolf Theatre Company, Rush University Medical Center, Metropolitan Planning Council, Illinois Council Against Handgun Violence, Chicago High School for the Arts, The Auto Club Group and Auto Club Insurance Association. Brown isa member of The Economic Club of Chicago, The Executives’ Club of Chicago, and The National Association of Securities Professionals (NASP). She is a 2002 Fellow of Leadership Greater Chicagoand was named that organization’s 2007 Distinguished Fellow.

Brown is the recipient of many professional awards and recognitions, and has been profiled by manypublications. In 2003, she was named one of Crain’s Chicago Business’s 40 under 40 and was alsonamed one of the 25 Women to Watch by that publication in 2007. In 2005, Brown was named a Business Leader of Color by Chicago United and also one of the Top 50 Under 50 by Black MBA Magazine. In 2007, Brown was selected by Working Mother to receive the Legacy Award at its Chicago Multicultural Women’s Town Hall.