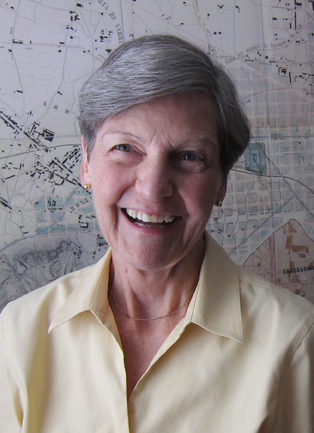 Throughout Carol Wyant’s professional career she has been a transformational change agent. In the early 1980s it was unusual for a woman, working for a full-service real estate firm specializing in downtown mixed-use development to have lead development responsibility for projects, but Williams Realty Corp. gave Wyant that role. She led the team that accomplished all aspects of design, financing, construction and leasing successfully for two projects and then shifted her role to obtain public approvals at the city, state and national level forRivercenter, a $350 million mixed-use development on the Riverwalk in San Antonio, Texas.

As the real estate market took a downturn toward the end of that decade Wyant was recruited to lead the turn- around for a statewide not-for-profit historic preservation advocacy organization. In her seven- year tenure Wyant transformed Landmarks Illinois from being virtually unknown to one that partnered with the Mayor of Chicago and State of Illinois agencies. Landmarks was instrumental in the creation of state and local public incentives for preservation. As Landmarks’ mission results increased so did its bottom line with a 300% increase in funding under Wyant’s leadership. She also oversaw inauguration of an endowment fund to sustain the organization into the future.

Wyant brings her ability to institute and manage change and build collaborative partnerships to her consulting practice, advising more than 35 profit and non-profit organizations since 1999. As a consultant she co-founded and serves as founding executive director of the Form-Based Codes Institute, a think-tank of leading practitioners in the fields of urban design, planning and land use law. FBCI’s mission is to advance the knowledge and use of, and develop standards for, Form-Based Codes as a method to achieve a community vision based on time-tested forms of urbanism.

Wyant is a board member of SPIRE (Stanford Professional in Real Estate), is a member of Lambda Alpha, an Honorary Land Economics Society and an Honorary Member of AIA-Chicago. She received the President’s Award from the National Trust for Historic Preservation.