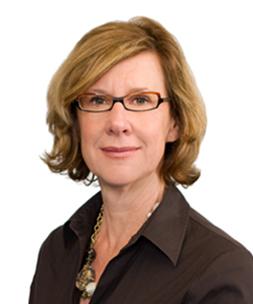 Carol McCarthy founded Remedy in 1989. Remedy is a brand strategy and communications agency that works exclusively with companies that make people healthier. Remedy’s vision, and Carol’s, is to change how people think and act about health by creating engaging, relatable brands for consumers and health professionals. In 2003, Carol was named Ernst and Young Illinois Entrepreneur of the Year in marketing and public relations. In 2007, Inc. Magazine named Remedy one of the 5000 fastest growing private companies in America, and in 2008, 2009 and 2010, Remedy was recognized as one of Chicago’s 101 Best & Brightest Companies.

Remedy’s focus has been in the health space since the doors first opened twenty-one years ago. In that time, the client roster has included both start-ups and Fortune 100 companies across the fields of pharma, public health, medical technology, healthcare providers, products and services. Remedy’s brought to market breakthrough medical technology and therapies, including those that accurately diagnose and treat brain and other forms of cancer, neurological conditions, and heart and autoimmune diseases.

Pro-bono work is a passion and priority for Carol and Remedy. Previous work includes a campaign for the Million Mom March, supporting renewal of the assault weapons ban; a peer-to-peer education program for the Consortium to Lower Obesity in Chicago’s Children (CLOCC); AIDS awareness and education for Chicago area teens; and designing fundraising tools for a Chicago-area homeless shelter and job training program for women and their children. Remedy has newly partnered with the Healthy Schools Campaign, an organization that advocates for policies and practices that allow all students, teachers and staff to learn and work in a healthy school environment.

Carol also plays an active role in Chicago politics and community outreach programs. She served as a steering committee member on Forrest Claypool’s 2006 campaign for President of the Cook County Board and again in his 2010 run for Cook County Assessor. Carol is currently on the board of the Loyola University School of Business and has also served on the boards of Royal American Bank, the Arthritis Foundation of Illinois and the Michael Rolfe Pancreatic Cancer Foundation. In 2008, she was asked by Father Michael Garanzini, President of Loyola University, to deliver the commencement address for the undergraduate and MBA classes of the School of Business Administration.