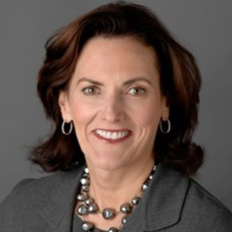 Board Director and Financial Expert

Blythe McGarvie recently completed two years of full-time teaching and research in the accounting and management unit at Harvard Business School (HBS). During the 2015-2016 academic year, she lived in Zagreb Croatia with her husband as representatives of the US Embassy. She is now focused on corporate board work, giving back to the arts community (mainly opera and visual arts) and writing. For ten years, prior to teaching at HBS, Blythe served as chief executive officer and founder of Leadership for International Finance (LIF Group), offering a global perspective for clients seeking profitable growth. She serves as a member of the boards of directors of LKQ (since 2012), Sonoco (since 2014), and privately-held Wawa, Inc. (since 1998) and formerly served on the boards of Accenture (2001-2017), Viacom (2007-2017), Travelers Insurance (2003-2011), Pepsi Bottling Group (2002-2010), and Lafarge NA (2004-2006). In 2012, 2010, and 2008, NACD/Directorship selected Blythe as one of the Top 100 “Most Renowned and Influentials” in corporate governance.

Prior to founding LIF Group, Blythe was a pioneering CFO, and in 1995, was one of only ten female CFOs in the Fortune 500. Blythe was chief financial officer of BIC Group, a French company traded on the Euronext, famous for its pens, lighters, and shavers. For five years prior to joining BIC, she was senior vice president and chief financial officer of Hannaford Bros. Co., a Fortune 500 company, acquired by the Delhaize Group. She has also served as chief administrative officer – Pacific Rim for Sara Lee Corporation where she had responsibility for growing the business through acquisitions, improving the Information Technology and finance processes, and hiring leaders in Asia and South America.

Blythe is a certified public accountant. She earned an MBA from Northwestern University’s J.L. Kellogg Graduate School of Management, which selected her for the Schaffner Award in 1992, presented annually to an alumnus who is preeminent in his or her field and who provided outstanding service to Kellogg. She is a member of the NACD, American College of Corporate Directors certified as an Executive Masters Professional Director and a member of non-profit organizations including the Lyric Opera of Chicago board of directors and The Chicago Network.

Her bestselling book, Shaking the Globe, subtitled Courageous Decision-Making in a Changing World (published by John Wiley & Sons in 2009) provides entrepreneurs and executives with research and action ideas to overcome obstacles in a competitive and interconnected world. She is the author of Fit In Stand Out, subtitled Mastering the FISO Factor: The Key to Leadership Effectiveness in Business and Life (published by McGraw-Hill in 2005).