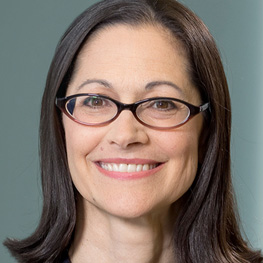 Anne Pramaggiore, President and CEO of Exelon Utilities, is responsible for overseeing the day-to-day operations of the company, which delivers electric service to customers throughout northern Illinois.

Exelon Corporation is one of the nation’s largest electric utilities with approximately $19 billion in annual revenues. The company has one of the industry’s largest portfolios of electricity generation capacity, with a nationwide reach and strong positions in the Midwest and Mid-Atlantic. Exelon distributes electricity to approximately 5.4 million customers in northern Illinois and Pennsylvania and natural gas to approximately 485,000 customers in the Philadelphia area. Exelon is headquartered in Chicago and trades on the NYSE under the ticker EXC.

Professional History: Trained as a lawyer, Pramaggiore joined ComEd’s legal team in 1998, recognizing the opportunity to make an impact in what was essentially the last regulated industry to undergo restructuring. She then received a promotion into ComEd’s regulatory area, where she ultimately became responsible for directing the company’s successful transition into an open and competitive electricity market. In 2007, after months of debate and negotiation, Pramaggiore helped strike an accord that provided Illinois residents with $1 billion in rate relief, while preserving the state’s competitive electricity market and protecting ComEd from a potential bankruptcy. Prior to her current position, Pramaggiore served as executive vice president of Customer Operations, Regulatory, and External Affairs. In that role, Pramaggiore oversaw distribution and transmission rate making, customer operations, and state regulatory affairs and strategy for ComEd. Additional responsibilities included the administration of environmental stewardship activities designed to promote customer satisfaction. Pramaggiore was promoted to her current position in May 2009. Pramaggiore is the first female to hold the post of president and the highest-ranking woman at the electric utility.

Civic Involvement: Pramaggiore serves as a member of the DePaul University Board of Trustees, and is on the boards of the Chicago Botanic Garden, the Lookingglass Theatre, the Chicago Urban League, and the Lincoln Park Zoo. She also is a member of The Chicago Network, an organization of diverse female professionals in Chicagoland dedicated to the advancement of women.

Education: She is a 1989 graduate of DePaul University School of Law and served as editor-in-chief of the school’s Law Review. She has a bachelor’s degree in Communications and Theater from Miami University, Oxford, Ohio.