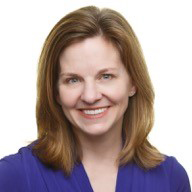 Alison Scholly is Managing Director of Public Media Company, a national non-profit strategic consultancy with a mission to foster innovative and sustainable public media throughout the U.S. Scholly is one of the most trustedadvisors in public broadcasting, helping prominent public television and radio stations across the country execute growth plans like mergers, digital news acquisitions and collaborative journalism models. Her specialty is facilitating mergers and partnerships that increase local service. This includes the merger of Vermont Public Radio and Vermont PBS; or the more recent unification between Chicago Public Media/WBEZ and the Chicago Sun-Times. As a former journalist and early digital news leader, Alison is able to marry her deep understanding of journalism, digital and media management to advise public media journalism collaborations in Texas, California, the Gulf States, Ohio, and Indiana. Prior to joining Public Media Company, Scholly served as Chief Operating Officer and Interim CEO of Chicago Public Media, the non-profit institution that operates WBEZ Chicago, the NPR news and information station for Chicago, and Vocalo.org, an emerging music service with an urban alternative format. During her 5-year tenure at WBEZ, Scholly expanded the programming, sales, reach and impact of Chicago Public Media –deploying her extensive experience in the newsroom and digital media management to accelerate the growth of one of the most creative public radio stations in the U.S. Scholly’s previous positions include leadership roles at Tribune Company, culminating as Vice President of Interactive for the Chicago Tribune, overseeing all of Chicago Tribune’s web and mobile products. Scholly also served as executive producer of Chicago Tribune Interactive, leading programming and operations of chicagotribune.com, Metromix.com, and ChicagoSports.com. She was the first editor of Metromix.com, a groundbreaking local entertainment site, and one of the founders of Red Eye, a daily newspaper targeted toward young urban commuters. Scholly received a bachelor’s degree in anthropology and communications from Vanderbilt University and served as general manager of WRVU, the college radio station. She also holds a master’s degree in journalism from the Medill School of Journalism at Northwestern University, where she later taught digital media as an adjunct professor.