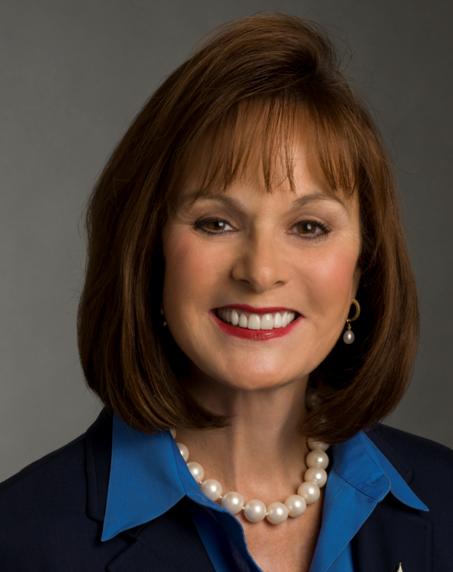 Hemingway Hall’s initial foray into health care was as an ICU nurse, which significantly shaped the way she views how the health care system should work – that it should provide appropriate care in a financially sound manner that enables continued innovation and improvement. It also set in motion her long-held belief that collaboration among the providers and payers of health care is the key to improving the health care system.

Hemingway Hall has taken the lessons learned firsthand in working to meet the needs of patients and has applied them in subsequent leadership roles in utilization and care management, human resources, and as chief operating officer and then president of Blue Cross and Blue Shield of Texas, where she was responsible for sales and marketing for all customer segments, product development, medical policy, disease management, network development, acquisitions, and government and legislative relations.

Under her leadership, Blue Cross and Blue Shield of Texas achieved a significant financial turnaround and membership growth of more than 750,000, which increased its leading market share in one of the most competitive states in the country. The plan was recognized by J.D. Power and Associates as the highest in overall customer satisfaction for its PPO, and received more than two dozen civic awards, including the Women’s Leadership Award and Partners in Education award.

During her tenure in Texas, Hemingway Hall instituted a first-of-its-kind Office of Physician Advocacy to enhance working relationships with the physician community; elevated the involvement of Blue Cross and Blue Shield of Texas’ statewide mobile immunization Care Van program through partnerships with physicians, hospitals, county health departments and the Texas Department of Health; and served as board president of the Caring for Children Foundation of Texas to address the health care needs of uninsured and medically underserved children. She also led Blue Cross and Blue Shield of Texas in its efforts with the Texas Department of Health to develop the Building Healthy Texans program, a statewide initiative to reduce obesity among Texas children and their families.

After serving in Texas, Hemingway Hall became executive vice president of HCSC’s internal operations, responsible for the finance, claims and customer service, information technology, tax and actuarial divisions. In that role, one of her most significant contributions to HCSC and to the health care system as a whole was guiding the union of one of the nation’s largest electronic claims and information networks, HCSC-owned THIN, and one of the leading providers of Internet-based e-health information services, Availity, to expand and ease the use of electronic information flows among health care providers, health plans and the government. Hemingway Hall also led an HCSC effort to improve information flows to enhance the member’s interaction with the company through an initiative to transition customer service to customer advocacy — a move that will likely spur the industry to begin viewing customer relations as an opportunity to give consumers more control over their health and

In 2007, Hemingway Hall became HCSC’s president and chief operating officer. In that role, she led HCSC’s effort to acquire TMG Health, an industry-leading third-party administrator of government business, to help manage its growing government business and better position the company for long- term success in an area that’s vital to its future. Hemingway Hall also led HCSC’s effort to acquire MEDecision, one of the country’s leading health information technology companies, to support its strategy of reducing members’ health care costs by helping to improve their health — enhancing its ability to be an industry leader in wellness and health care management. Looking toward the future of health information technology, Hemingway Hall has focused the company’s efforts on the development of an IT infrastructure that will be able to deliver unparalleled health data for consumers, employers and health care providers, with a goal of optimum transparency, ease and efficiency, so that members’ health care can be optimized and unnecessary spending minimized.

Hemingway Hall serves on the boards of directors for the Blue Cross and Blue Shield Association, America’s Health Insurance Plans, MEDecision, BCS Financial, Healthcare Leadership Council, National Institute for Health Care Management, Civic Club of Chicago, Executive Club of Chicago and Salvation Army Advisory Board. She received a master’s degree in public health, health planning and administration from the University of Michigan and a bachelor’s degree in nursing from Michigan State University.