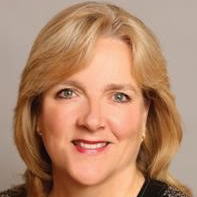 Patrice DeCorrevont is an Executive Vice President and Division Manager in Government & Institutional Banking at Wells Fargo. Based in Chicago, she is co-head of Government Banking, responsible for the Midwest, Southwest and West regions of the country.

Prior to joining Wells Fargo, Patrice was a managing director and head of Government, Not-For-Profit and Healthcare Banking at JPMorgan Chase from 2008 to 2015. During that time, she led a team of more than 600 employees that covered more than 6,000 clients. Prior to that, Patrice led the Fixed Income business in JPMorgan Securities, Inc. She has also managed the sales, trading, and syndicate desk at First Chicago, as well as at American National Bank in Chicago.

Patrice is very active in the community and serves on many boards, including Lurie Children’s Hospital ofChicago, Junior Achievement of Chicago and is a member The Economic Club of Chicago. She is also currently serving as Chairwoman of the Board at Cristo Rey Jesuit High School.

Originally from Salt Lake City, Utah, Patrice currently lives outside of Chicago with her husband and two children.