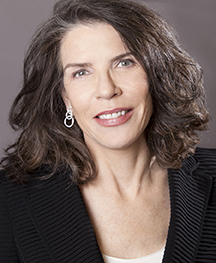 In 1976, Pacher married Alan Berry, a partner at Katten, and had her first child in 1978 while still at the firm.

In 1980, Pacher was recruited by a client, Howard Ecker, to leave the practice of law and help him grow his five-year-old commercial real estate company.

In the early 1980s, Pacher met Robert Wislow and Camille Julmy, the founding principals of U.S. Equities Realty. She joined the firm in 1984, and became President, Chief Operating Officer, and a Principal in January of 1993. U.S. Equities Realty is a full service commercial real estate firm, providing real estate brokerage, advisory, investment, asset management and development/construction management services with a staff of 540, and offices in Chicago, Philadelphia, and Buenos Aires, Argentina.

During Pacher’s tenure, U.S. Equities has acted as the developer/program manager for several of Chicago area’s most exciting projects, including The Harold Washington Library; One Financial Place (home of the Chicago Stock Market); the John H. Stroger Jr. Hospital of Cook County; the plaza and observatory at The John Hancock Center; Escada Plaza; The Evanston Public Library; the private donor enhancements at Millennium Park; and the new headquarters of the Poetry Foundation.

Among her many accolades, Pacher has been recognized by Crain’s Chicago Business as one of the “100 Most Influential Women in Chicago” and has been named to Crain’s list of “Who’s Who in Chicago Business” yearly since 2005. She was also selected to Today’s Chicago Woman’s 20th Anniversary Hall of Fame. Pacher has twice received the coveted “Broker of the Year” award from Crain’s and was selected by Commercial Property News as a “Top Broker”.

Pacher was a commissioner on the Chicago Plan Commission from 1994 through February 2012, and is a member of The Chicago Network (“TCN”) where she served on the Board of Directors from 2003-2009, as Chair in fiscal year 2003-2004 and Vice Chair in 2004-2005. She is currently a member of TCN’s Membership Committee (a committee on which she has served for over 10 years) and serves on the boards of Children’s Memorial Hospital and Northwestern School of Law. She is a member of the Economic Club of Chicago, and the Chicago and American Bar Associations. She has served on several other boards including Communities in Schools of Chicago, Access Living of Metropolitan Chicago, the YMCA of Chicago, Francis W. Parker School, Illinois Real Estate Journal’s Editorial Advisory Board, Leadership Greater Chicago, and the Auxiliary Board of The School of the Art Institute of Chicago.

Pacher resides in Chicago’s Sheffield/DePaul neighborhood with her husband, Alan. She has two children, Lauren, 34, and Matt, 31.