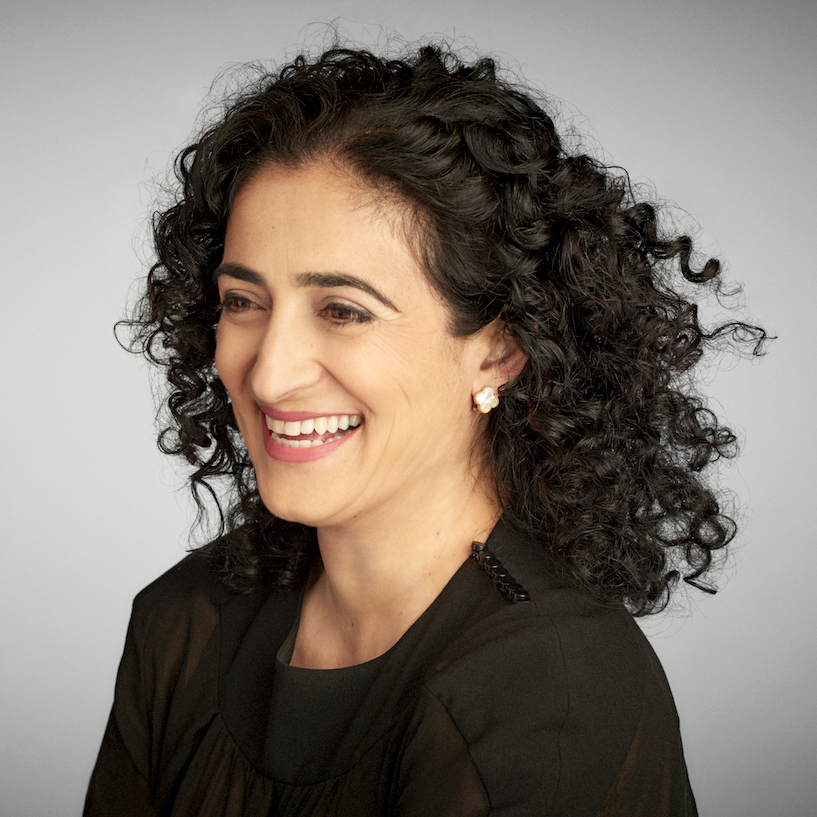 A purpose-driven change agent in the tradition of Simon Sinek, Jim Collins and Roy Spence, Maryam Banikarim shows organizations how to shift mindsets and build themselves through the lens of purpose. Known as a fearless force for change with a track record of creating and leading successful brands such as Hyatt, Gannett, NBCUniversal and Univision, Maryam’s game-changing presentation demonstrates how to define your purpose, differentiate your brand, make the case for change, rally the troops internally and share it with the world. She is also sought after as a thought leader on transformation, purpose- based branding, multi-cultural marketing, the changing role of the CMO and women’s leadership. A builder of businesses, teams and brands who brings boundless energy and an incredible range of experience to the speaking stage, Maryam is catalyst for any organization that is looking to evolve, change and become purpose-driven.

As the global CMO at Hyatt Hotels Corporation, Maryam was responsible for helping Hyatt become the most preferred hospitality brand, driving loyalty and community among high-end travelers with a portfolio of thirteen global brand experiences. She elevated the organization by mobilizing colleagues, launching brands and businesses, reimagining loyalty, and establishing unprecedented partnerships. Prior to this role, she was Gannett’s first-ever CMO. She is credited with repositioning the company and its brands (including USA Today), uncovering and executing its core purpose, reinvigorating employee morale, and establishing a national sales organization, all of which resulted in topline growth. In a few short years, she and the management team saw the stock price go from $13 a share to over $30. Maryam was also Senior Vice President at NBCUniversal and Chief Marketing officer for Univision Communications, Inc. Her unique can-do attitude was also essential to successfully unifying and transforming both Univision and NBC Universal during periods of rapid transformation. Before that, she founded a strategy firm, consulting for such clients as Deutsche Bank, Bacardi and Time-Warner. She also worked at Turner Broadcasting, MacMillan Publishing, and was a lead team member for the launch of CitySearch, a pioneering early internet start-up. Maryam began her career in account management at Young & Rubicam. Her unorthodox career path also includes a variety of other jobs, including: investment banker, production assistant, intern in the British Parliament,

A child of revolution, Banikarim and her family fled Iran in 1979, moving first to Paris and then to California. After graduating from Columbia University’s Barnard College, where she was their first-ever Truman Scholar, Maryam moved to Buenos Aires to work on her Spanish, become a journalist and learn to tango. Upon acceptance to Columbia Business School, Maryam returned to New York to apply her infectious energy and drive to bringing a voice and purpose to great brands.

She has been widely recognized for her achievements from The New York Post’s “50 Most Powerful Women in NYC,” to Fast Company’s “Top 10 Disrupters,” to Advertising Age’s “Women to Watch.” Additionally, Maryam is recognized as a Woman of Distinction by the League of Women Voters of the City of New York, was honored by the Girl Scouts Council of Greater New York and is a recipient of the Ellis Island Medal of Honor. Maryam has also appeared on TV, done radio interviews and written for such publications as Fortune, Fast Company, AdAge, The Huffington Post and The Daily Beast. She is also known as a perceptive and insightful interviewer, leading conversations with business leaders such as Lisa Gersh (Goop), Bob Pittman (iHeart Media), and Emilio Estefan (multi-cultural marketing).

Warm, down-to-earth and personifying her motto of “you only live once so run at it hard and make a difference,” Banikarim is an engaging and highly knowledgeable executive. Bringing contagious creativity and unwavering optimism about our abilities to make the impossible possible, Maryam Banakarim motivates organizations seeking change and gives them the confidence and tools to take action.