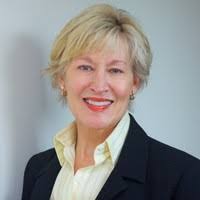 Laura S. Thrall began her role as President and CEO of CureSearch for Children’s Cancer in September, 2012.

Prior to coming to CureSearch, Thrall was President and Chief Executive Officer of United Way of Metropolitan Chicago. There, she lead the region’s largest non-governmental funder of health and human services and focused on improving the organization’s fundraising strategies, increasing year- over-year earned revenue for the first time in two decades. She spearheaded the development and launch of Live United 20/20, United Way’s decade long strategy to serve people in Metro Chicago’s neediest communities.

Dedicated to advancing the broad interests of the health and human services sector, Thrall served as an appointed member on Governor Quinn’s Human Services Commission, chaired the Chicago Alliance for Collaborative Effort (“CACE”), and led the Donor’s Forum Public/Nonprofit Partnership Initiative Policy Forum. Thrall was a founding member of Illinois Partners for Human Services and served as an appointed member of the City of Chicago’s Volunteerism Advisory Board.

Ms. Thrall joined United Way in 2009 after serving as Chief Executive Officer of YWCA Metropolitan Chicago, a human service agency with 160 employees serving over 130,000 people annually through economic empowerment programs, early childhood services and rape crisis services. As CEO of the YWCA Metropolitan Chicago, she led its transformation, developing the concept for the “Model YWCA,” opening the first of three new centers, launching its first capital campaign in 40 years and creating an infrastructure for sustained legislative advocacy.

Prior to joining the YWCA, Thrall was a division director of Campbell & Company, a leading national consulting firm specializing in providing counsel to large nonprofits. There she worked with clients such as the University of Notre Dame, National PTA in Chicago, National Children’s Museum, and Children’s National Medical Center, both in Washington, D.C., among others. Before that she served as senior director at Los Angeles-based Starlight Children’s Foundation International.

Passionate about advancing healthcare through the provision of cutting edge medical care, Thrall was a three-term appointed member of the Visiting Committee for the Biological Sciences Division and Pritzker School of Medicine at the University of Chicago. Most recently she was selected to serve on the Advisory Council for Northwestern University Medical Center’s Cerebrovascular Institute.

Laura holds a Master’s degree with distinction in Public Service Management from DePaul University in Chicago. A 29-year resident of Chicago, she has just relocated to the Annapolis, Maryland region. She and her partner Kevin Booth have five adult children between them, residing in New York, Chicago, Atlanta and Kansas City.