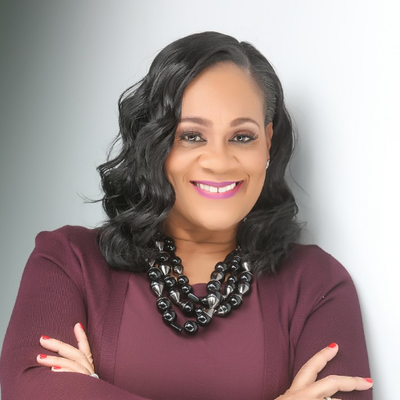 January 2019 Kimberly A. Lightford made history when she became the first Black woman to serve as Illinois’ Senate Majority Leader. She has dedicated her 21-year career to championing her passion, education and youth development. As the youngest African-American woman elected to the Illinois Senate in 1998, Lightford emerged as a leading voice in Illinois on education issues that increase access to an excellent education for every child in Illinois.

As the former Chair of the Senate Education Committee, Lightford passed notable education reform legislation recognized as a national model. This legislation led to the establishment of stronger methods of evaluating teachers and tracking student progress. Lightford started the state’s universal preschool program, established no bullying zones on school playgrounds and reformed disciplinary practices that were disproportionately affecting at-risk and minority students. In her district, Leader Lightford is committed to community pride. Lightford created the Uplift Our Future youth programs offering free supplemental services in reading, math and writing for middle school students, an annual college fair, back-to-school event and mentoring for 8th grade students. Leader Lightford is also committed to improving the quality of life for working class families. She was the lead sponsor in passing legislation that established Illinois’ Equal Pay Act, she fought to reform the Payday Loan industry and is responsible for raising the minimum wage in Illinois three times, including a 2019 measure that gradually increases it to $15 per hour.

A life-long resident of her district, Leader Lightford was born in Chicago and raised in Maywood. She holds a bachelor’s degree in Public Communications from Western Illinois University and a Master of Public Administration degree from the University of Illinois at Springfield. She serves as the Chair of the Illinois Legislative Black Caucus. She also serves as the Commissioner of the National Conference of State Legislatures, and an Erikson Institute Executive Fellow. Lightford is a member of Delta Sigma Theta Sorority, Inc. She is on the Board of Directors for the Proviso-Leydon Council for Community Action, Inc., The Loretto Hospital and the West Cook County Youth Club.