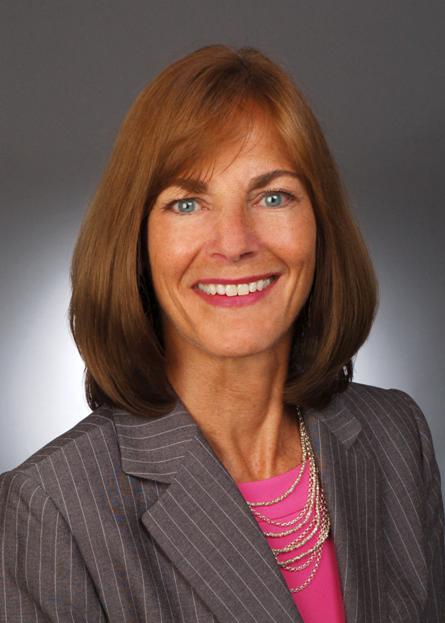 Christine Edwards is a partner in Winston & Strawn’s corporate practice group. Ms. Edwards focuses on the regulation of the financial services industry— particularly the securities and banking industries—as well as corporate governance and public and regulatory policy issues.

Prior to joining the firm in 2003, Ms. Edwards was executive vice president and chief legal officer at Bank One Corporation, a predecessor to JPMorgan Chase, one of the nation’s largest bank holding companies. She was in charge of Bank One’s 500-person legal, compliance, government relations, and regulatory management department, with responsibility for the bank’s worldwide legal and compliance needs. Previously, Ms. Edwards served as chief legal officer for various financial services firms, including Morgan Stanley and ABN AMRO, North America.

In 2010, BMO Financial Group appointed Ms. Edwards to its Board of Directors and to the Risk Review Committee of the Board. She was also elected vice president of the Chicago Finance Exchange and will become its president in 2011.

In June 2008, Ms. Edwards became a board member of The Chicago Network, an organization of professional women in the Chicago area who have reached the highest echelons in business, the arts, government, and academia. She also serves as chairwoman of the group’s Woman on Boards Committee.

In May 2007, Ms. Edwards was named a member of the Executive Committee of the Financial Services Roundtable’s Blue Ribbon Commission on Enhancing Competitiveness, which seeks to address ways in which the United States can maintain its global position as a financial center. She previously served as a commissioner on the year-long, independent, bipartisan U.S. Chamber of Commerce Commission on Capital Markets, which presented its findings in a Washington, D.C. summit in March 2007. Ms. Edwards chaired the Commission working group on Financial Institution Regulation, which was the source of many of the final Commission recommendations.

Ms. Edwards’ current professional affiliations include: the American Bar Association, Business Law Section, Committee of Corporate General Counsel; Maryland Bar Association; Chicago Finance Exchange; The New York Stock Exchange, Legal Advisory Committee; The Economic Club of Chicago; The Chicago Network; the Chicago Council on Foreign Relations; and a board member of the Chamber Center for Capital Markets. She previously served as a member of the advisory group for Law Department of the 21st Century, a member of Women in Housing and Finance (Washington, D.C.), and a member of the planning committee for The Corporate Counsel Institute of Northwestern University School of Law, 41st Annual Corporate Counsel Institute (2002 and 2003).

Ms. Edwards was ranked nationally in the 2007 and 2008 editions of Chambers USA: America’s Leading Lawyers for Business for financial services regulation (securities). In addition, Ms. Edwards was awarded the Chicago Finance Exchange’s President’s Award for 2008, which recognized her work on the CFE Corporate Governance revisions and CFE Program Committee. In 2008 and 2009, she was named as an Illinois Super Lawyer and listed in The Legal 500.

Ms. Edwards is a frequent author and speaker on corporate governance and compliance and risk management issues.

Ms. Edwards was chapter leader for the Corporate Governance chapter of the ABA Corporate Counsel Committee book entitled “The In-house Counsel Essential Toolbox.” Her recent articles include: “The Personal Liability of Audit Committee Members: How Real is the Risk?” BoardMatters Quarterly, October 2007; “Regulatory Risk and the Context of Continuing Education,” BoardMatters Quarterly, July 2007; “Don’t Miss What Is Just Over the Horizon,” The Metropolitan Corporate Counsel, July 2007; “Good Corporate

Ms. Edwards spoke on the General Counsel Panel at the Securities Industry and Financial Markets Association’s Annual Meeting in Arizona in March 2009.